The “Sun King” Louis XIV made it into a magnificent estate. Countless courtiers danced, drank, and debauched there. Marie-Antoinette enjoyed decadent confectionaries amid palatial splendor there. Revolutionaries stormed its gates. The peace treaty ending World War I was signed there.

Where did all this history occur? The Palace of Versailles, in France, of course.

As one of the greatest achievements of French 17th century art and architecture, the Palace of Versailles wows visitors with its 2300 rooms spread over 679,000 square feet (bring comfortable shoes!). The palace, a former hunting lodge, was transformed by King Louis XIV so that he could move his court there in 1682. The palace stayed a royal residence until the French Revolution when France abolished the monarchy.

From frescoed ceilings to parquet floors, the Palace of Versailles is a visual feast. It was built to impress with interiors so gilded as to border on being ostentatious. The Hall of Mirrors is particularly a show-stopper. Mirrors lining one side of the 73-meter hall reflect the manicured grounds opposite it through 17 arched windows. Light dances around the hall. Reflected light from outdoors and interior chandeliers basks the hall in warm light. Walking down the glittering hallway I couldn’t help but twirl around in a pseudo-waltz movement.

The palace is now a museum, boasting over 60,000 works. One can wander throughout the rooms seeing the way that the rich and famous once lived while gazing upon fine paintings, portraits, objets d’art, period furniture, and other stately décor.

When you’ve finished with the mansion, I highly recommend renting a golf cart to putter around the grounds. The estate features groves, orangery, a grand canal (where gondoliers once rowed guests around), fountains, statues, and manicured hedges over 800 hectacres of land. Besides the gardens, you can motor on over to the Petit and Grand Trianon (little mansions where royals could get away from the hustle and bustle of the palace). This area includes more gardens. In the distance, you can see Marie-Antoinette’s “Hamlet”—a fairy-tale version of a rural English village with rustic cottages and farm animals where the queen could take relaxing walks and her children could receive agricultural education. The hamlet was a functioning farm and its structures were used for agricultural purposes.

As you can now imagine, you can’t travel to the City of Lights and not take a trip from Paris to Versailles. About a forty-minute train ride from Paris, it is a 17th century marvel not to be missed. Feast on its over-the-top décor. Fancy yourself a courtier. Take the day to explore the grounds and revel in all that was pre-revolution monarchical France.

The palace is open most every day except Monday.  There is a train that takes you from Paris to Versailles and it is a short walk from the train station to the palace. The lines to get in can be very long, especially if you haven’t purchased tickets already online. Even if you have your tickets already, you will still need to stand in the ticket-holders line unless you’re part of a tour group with privileged access. I highly recommend going with The Paris Guy (now the Tour Guy) who offer small-group tours that provide skip-the-line access. The Versailles tour includes transportation to Versailles from Paris, your tickets, the ability to bypass the line, and a tour of the palace and the grounds. Use our link to save 5% on most of their small-group tours.

Hall of Mirrors at Versailles 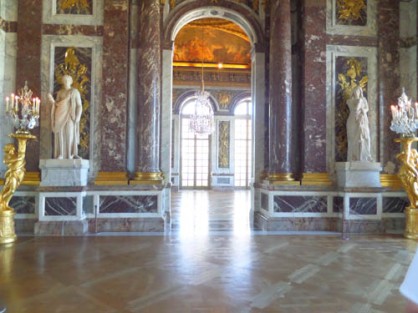 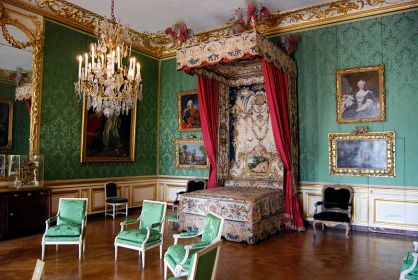 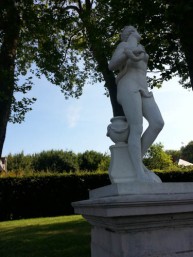