The first time I came upon Campo de Fiori was on a rainy Sunday morning. My husband and I had gone to visit the Pantheon. The rain caused few tourists to show up and we had the marvelous temple virtually to ourselves. I was able to twirl around as rain sprinkled down through its open oculus. Leaving the Pantheon, we meandered through Rome’s winding streets. It started to rain harder until it seemed as if the heavens had opened. Salvation came by way of a street vendor selling umbrellas for 5€. Under the parasol’s nylon safety, I could finally look up. I gazed upon the rather startling statue of a dour-looking man wearing a hooded cloak. I later found out it was Giordano Bruno and he had been burned at the stake so that would explain his sour expression. The market was not running that day and no one was sitting outside in the rain, so it was just us and Bruno. Unsurprisingly (if you are a frequent reader), I was smitten with the area. 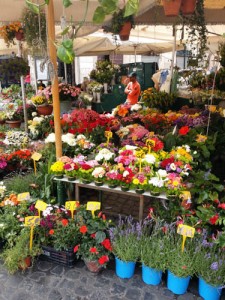 No longer a place of public executions, today, Campo de Fiori functions as a day-time market. The market’s name, Field of Flowers, harkens back to the Middle Ages when it was a flower-filled meadow. Its tradition is kept alive by petal-pushing merchants. Buckets filled with vividly-colored flowers fragrance the air and tantalize the eyes. Vendors sell fruits and vegetables. You hear a cacophony of noises—people haggling over the price for produce, tourists discussing the goods, café customers talking over tasty nibbles at one of the many eateries surrounding the market.

Centuries-old buildings surround the piazza that bursts alive in the early morning when market vendors first arrive. The square stays busy long after they’ve taken down their stalls by revelers who enjoy the area’s drinking establishments late into the night. It’s lovely to see the brilliant colors of the fresh produce and flowers by day and to sit outside of a restaurant in the evening and enjoy the apricot and yellow hues of the piazza’s surrounding buildings. 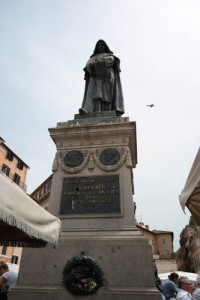 A statue of Giordano Bruno oversees the affair. People sit at the base of it like it’s a park bench. A Dominican monk, Bruno (1548-1600), would eventually be tried as a heretic for his radical scientific beliefs, but he gave the church’s inquisitors a run for their money first. He escaped from the Inquisition in Naples in 1576 and spent the next couple of decades moving around going from Rome to France to London to central Europe. During the time, he published two books where he defended Copernicus’ theory of a heliocentric universe. Inquisitors caught up with him in Venice in 1591 where he was tried for heresy and convicted. He was imprisoned (and periodically interrogated) until he was burned at the stake in 1600 in Campo de Fiori.

Before dinner, Campo de Fiori is a perfect stop on a passeggiata through the historic center of Rome. With cobble stones under your feet, you can stroll past Bruno. Stop for a drink and survey other people out for their evening stroll. Branch off down tiny side streets with names based on the type of laborers who had once plied their trade there. But make sure you see Campo de Fiori during the day, too, when the market is in full swing. Your stomach will thank you for it!

Going to Italy, France, or Spain? Roaming Historian readers can save money on tours from The Tour Guy. Just use our link when booking to get 5% off of most small-group tours. 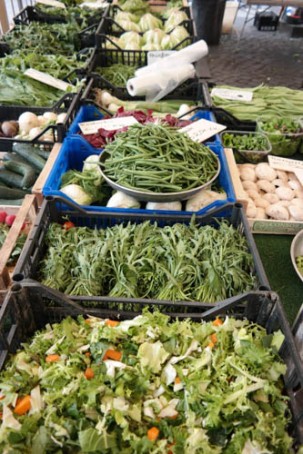 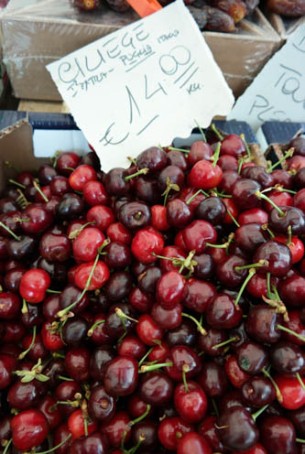 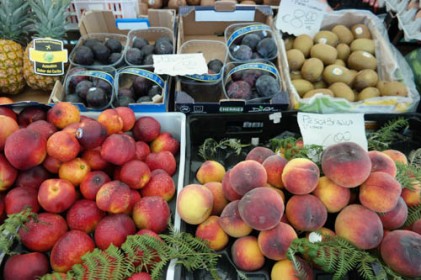 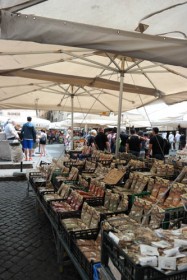 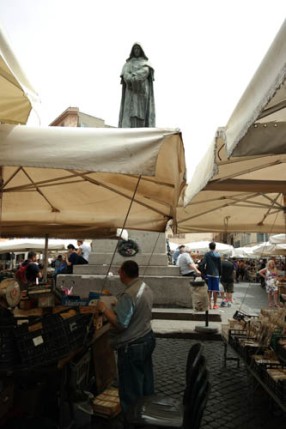 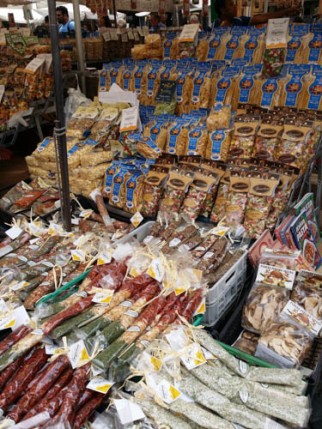 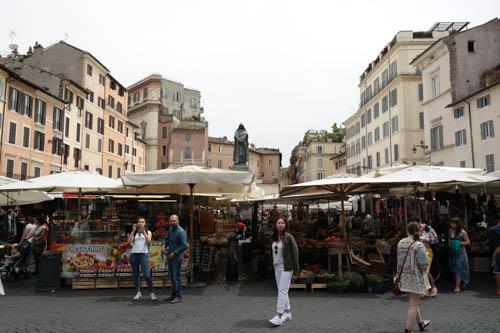 Save on The Tour Guy Tours