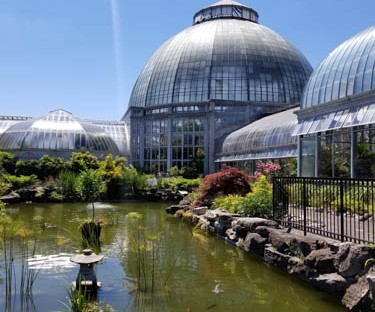 Historic Belle Isle is a 982-acre island park in the Detroit River. When standing on one side of the island, you can see the Detroit skyline while on the other is that of Windsor, Canada. Belle Isle is a fabulous low-cost, Detroit attraction. With many recreational and cultural activities to engage in, it is truly one of the best things to do in Detroit.

Belle Isle became an American territory by the Treaty of Paris (1783) marking the end of the American Revolution. In the treaty it was decided that the Detroit channel would mark the boundary between the U.S. and Canada. Interestingly, my cell phone carrier is not aware of the boundary, as at several points on Belle Isle I received a text stating “Welcome to Canada”—thankfully, I have free text and talk in Canada as part of my plan!

In 1863, the oldest building in the park—the White House—was built, but it wasn’t until 1880 that the park was developed for the public and opened. Shortly thereafter, the Park Commission of the City of Detroit hired famed architect, Frederick Law Olmsted (he designed Central Park in NYC!), to develop a plan for the island. People have been having fun at Belle Isle ever since.

Belle Isle boasts many great attractions, including a beach, places to fish, athletic fields, a giant slide, a golf center, nature trails, a yacht club, and a marble lighthouse, but I’m going to focus on the places that I personally have visited: Belle Isle Aquarium, Anna Scripps Whitcomb Conservatory, Dossin Great Lakes Museum, Belle Isle Nature Center, and James Scott Memorial Fountain. I would have gone down the giant slide, but it was closed when we went due to extreme heat—a burned rear end sounds pretty painful! We enjoyed a picnic of Italian sandwiches, pasta salad, and chips in a pavilion across from the beach. Although we didn’t get a chance to enjoy the sandy shores, it was fun to watch people engaging in all sorts of activities from kayaking to swimming to paddle boarding to just sunbathing. I highly recommend taking food since I didn’t notice a lot of concession stands and there are no public restaurant facilities on the island.

Belle Isle Aquarium—Opened in 1904 and designed by noted architect Albert Kahn, this little aquarium is quite a gem. It is also the oldest aquarium in the country! Home to a unique collection of fish, I enjoyed the displays, but the building itself was a show-stopper with gorgeous green, opalite, glass tiles decorating its vaulted ceiling. Like the other attractions on the island, it was small but well-curated with interesting fish and stories. My favorite exhibit was that of sea horses—love those cute little guys!

Anna Scripps Whitcomb Conservatory—An exotic and rare collection of plans from around the world adorn this greenhouse, which is the oldest continually-running conservatory of its kind in the U.S. As we wandered around the building through various degrees of humidity we saw tropical plants, palm trees, Jurassic-looking ferns, a lily pond, cacti, various flowers, and foliage of all kinds. It is simply stunning. The grounds surrounding the area are no second-string with a beautiful gazebo overlooking the river and a manicured lawn where a wedding was taking place.

Dossin Great Lakes Museum—Opened in 1949, this museum tells the tale of shipwrecks, freighting, and navigation as a whole. As a historian, one would expect that I would find the exhibits interesting, but my husband and our teen-aged visitor also found it fun. The docents were quick to elaborate on the collections. The bow anchor of the Edmund Fitzgerald is out front and one of the staff gave me a lot of details about what happened when the ship sunk. I was able to make connections about the event that I never had before. Inside the museum is a restored smoking lounge from the S.S. City of Detroit III with fabulous stained-glass and paintings. The Dossin Museum has recreated the S.S. William Clay Ford Pilot House where you can pretend to captain a freighter, look out a periscope, read maps, and have a lot of fun. From stem to stern, I found myself enhancing my knowledge of Great Lakes maritime history and really enjoying the time at the museum.

Belle Isle Nature Center—We had just missed the deer feeding (see times for Deer Encounter before you go), but there was still an all-white deer hanging around waiting to see if there would be dessert so we got to see that majestic creature. The woman who fed the deer gave us a great history of the island (including a scary story about how it was overrun by snakes). She walked us back to the nature center and provided us with a map (starred with her favorite attractions) and coupons for us to get Detroit pizza later that day (at Buddy’s Pizza—several locations throughout metro Detroit). In the Nature Center, we saw many reptiles and other small animals. There were informative displays in the small preserve, but the gracious staff stand out in my mind the most—they made the visit really special.

James Scott Memorial Fountain—Dedicated in 1925, this magnificent fountain sculpted by Herbert Adams with Cass Gilbert as architect, is an Art Deco treat. The fountain has 109 water outlets in the form of lions (these remind me of a famous fountain in Rome’s Piazza del Popolo), turtles, and sea figures. Bas-relief panels portray early Detroit life. Water is projected 40 feet in the air from this massive fountain. You may wonder who James Scott is—I did. He was a Detroit real estate developer who may have been quite a diva. He demanded a life-sized statue of himself accompany the fountain (there is bronze one of him overlooking it and facing the city), but I guess since he funded the bubbler it was his right to buy his place in history. The fountain is stunning and rivals some of the finest I’ve seen around the world.

Hours of Operation: Open year-round from 5 am until 10 pm.

Cost: Must purchase “Recreation Passport” from State of Michigan if a Michigan resident. This annual pass gets one into 103 Michigan state parks. See Michigan’s “Secretary of State” for details. Non-residents can purchase a day pass. 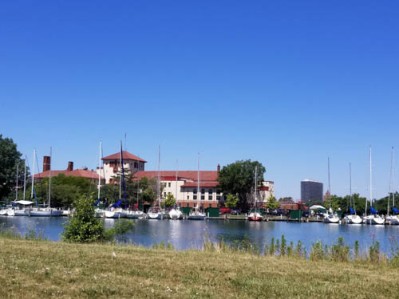 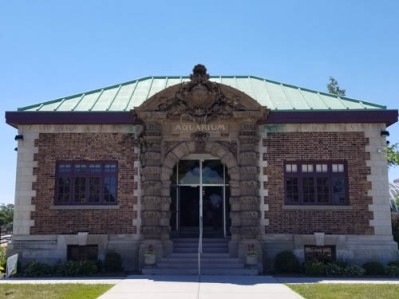 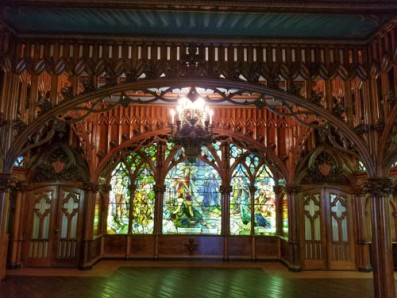