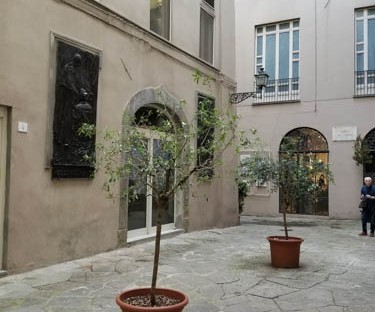 On our most recent trip to Florence, Jon and I had the fun of using an app called Hidden Florence to take guided walks throughout the city. This great technology really heightened our sightseeing! The app takes one on a historical adventure of Florence attractions across the city. The guide, Giovanni, is a 1490s wool worker who shows you around “his” city.

There are two walks: City Center (Giovanni’s workplace) and Sant’Ambrogio (Giovanni’s neighborhood). Hidden Florence provides a present-day map and a historic one showing how the city would have looked in Giovanni’s day. It brings to life the saying: “the more things change, the more they remain the same.”

As you follow along the Hidden Florence walk, you will be prompted to look for historical sites—they may be a window, a marble plaque, a statue, or an architectural detail. The music on the app lets you know when you are close. When you’ve found the item, you can them play the story behind it and Giovanni will make the area you are standing in come alive.

Touring the city through this lens allowed me to see Florence in a whole different way. Even in the city center amid throngs of tourists, I felt alone—transported back in time. I saw details of the city I had never seen before…and trust me I’ve pounded those flagstone streets for hours on end many, many times.

The Renaissance came alive, as did the life of an average working man in 15th century Florence. It was fun to hear how he viewed people like the Medici—a family still prominent all over Florence even though the part of the lineage that supported the likes of Michelangelo and da Vinci has since died out.

We enjoyed both walks immensely, but the City Center Walk takes a traveler through the most popular parts of the city and gives insight into many popular Florence attractions, which may be best for a person with limited time and many things to do in Florence. Giovanni describes this area—the Centro Storico—as the place where he worked and the city was governed. Points of interest detailed are:

The Sant’Ambrogio Walk takes one through the area that Giovanni called home. It is a less-trafficked area of Florence, but is home to my favorite market—Mercato Sant’Ambrogio. This walk is a bit shorter than the City Center one. We were able to see his church, where Giovanni lived, the taverns and restaurants he frequented, and the apothecary he used. We heard of neighborhood politics, social goings-on, public worship, and other aspects of daily life. It contextualized a place that is still bustling with local Florentines living and working.

I wish these types of historical treasure maps existed for every city. It was excellent. Do yourself a favor and take at least one of these walks the next time you’re looking for things to do in Florence. 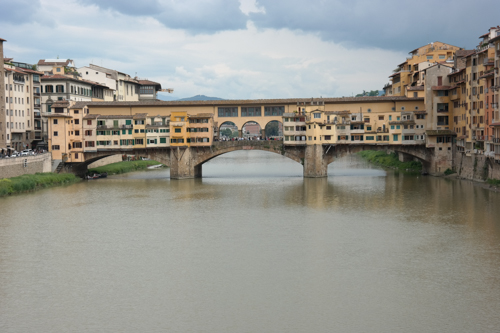 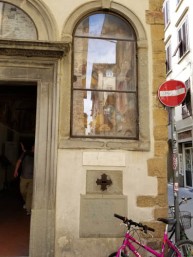 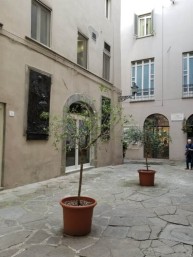 4 thoughts on “Things to Do in Florence: ‘Hidden Florence’ Walks”