What To Do in Atlanta

I flew over the red hills of Georgia landing at Hartsfield-Jackson Airport—better known as ATL. Trying to get out of the behemoth airport, my husband and I walked for over a mile. The signs ahead made the train station look so invitingly close. The signs deceived. An airport worker let us know that we should take a shuttle, “Y’all have a ways to go.” Ah yes, we were definitely in the south. Leaving the airport, I was ready to uncover historic Atlanta and I already knew three places I planned to visit: the World of Coca-Cola, the Martin Luther King, Jr. Site, and Oakland Cemetery. 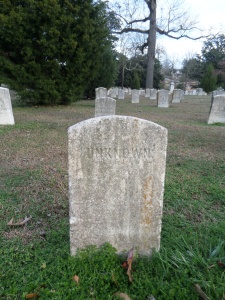 Visiting a cemetery may seem like a sobering way to start a trip, but Oakland Cemetery hosts a wealth of history in a peaceful, Victorian setting. With immaculate grounds, brick walkways, beautiful statues, lovely gardens, and a charming Romanesque bell tour that houses the Visitor’s Center, the cemetery is the city’s oldest landmark in continuous use. Opened in 1850, the graveyard has over 70,000 burials—some of them quite famous like golfer Bobby Jones and author Margaret Mitchell, some unknown like the 3000 Confederate soldiers marked by a lion statue. The cemetery is a rich historical and genealogical resource—its Jewish, African American, and Confederate sections shedding light on Atlanta’s social past. It is also popular for jogging, exploring outdoor art, or strolling the gardens. If you go—and you should—make sure to stop by the Visitor’s Center to pick up pamphlets and a map. Although I could have roamed through the tranquil setting all day photographing intricate crypts and interesting gravestones, the guides provided historical background and made sense of the acres of winding paths.

I awoke early the next day anticipating my next stop. Little else in Atlanta compares to the Dr. Martin Luther King, Jr. National Historic Site. Visitors see where Dr. King was born, lived, worked, worshipped, and is buried. Hearing messages of peace from nearby loudspeakers, I gazed upon the crypts of Dr. Martin Luther King Jr. and Coretta Scott King. I wept internally at humankind’s capacity for hate. But I smiled as I turned and saw an eternal flame burning brightly. It reminded me that although human struggle may be eternal, so too will love and the fight for equality. Looking beyond the fire, I saw a statue of a man holding up an infant and was comforted by the fact that a new generation would carry on King’s

Touring the MLK birth home, I was surprised at his family’s level of affluence. The home was spacious with lovely furnishings, which was a good thing as preacher’s families were expected to house strangers traveling throughout the area. At that time, it was difficult for an African American to rent a hotel room. Our guide’s knowledge was extensive and he provided a lot of background information on the Sweet Auburn area, including the 1906 Riot after which the area became a primarily black neighborhood.

After visiting Ebenezer Baptist church where Dr. King and his father both preached, we saw a historic fire station and the original home of the Southern Christian Leadership Coalition. We hopped on a street car to cross the highway and rode over to another section of Sweet Auburn. Sweet Auburn Street was known as the richest black street in America and several historic buildings remain from its heyday. Murals of prominent civil rights leaders punctuate the neighborhood honoring those who fought for equality. Visitors can see many historic buildings, including Big Bethel AME (the oldest African-American congregation in the area) and the Curb Market. Lunching at the Market was a treat! The scent of barbecue, baked goods, and fragrant spices made me salivate. As I couldn’t make up my mind, I enjoyed pulled pork tacos, an empanada, and pecan pie. Vendors also sold delicious-smelling Caribbean food, arepas, and traditional U.S. fare.

I’d like to buy the world a Coke….the song jingled through my head as I walked on a drizzling, chilly, January day to the World of Coca-Cola. It had been 130 years since Atlanta pharmacist, Dr. John Pemberton, combined the coca leaf and kola nut to create a sweet, tangy syrup that when combined with carbonated soda created the fizzy drink known as Coca-Cola. Pemberton sold the drink for five cents a glass and averaged about nine sales a day until advertising genius Asa Candler came along and made it a national phenomenon. Inside the Atlanta tourist attraction, we were immediately greeted with a cold Coke before being led into “The Loft” where Coke memorabilia festooned the walls and ceiling. While Coke jingles played quietly overhead, our guide gave a brief history of the drink. We were then led into a theater where we watched a six-minute video. My eyes became a little moist as I watched people experiencing extreme happiness—always with Coke subtly placed in the background. The doors of the theater then opened onto a two-level Coke extravaganza. Different exhibitions led us on a search for the secret formula, gave us a look at the bottling process, took us on a 4-D wild ride, gave us a chance to hug and pose for a pic with the Coca-Cola polar bear, and experience various ways Coke has been used in popular culture. We sampled Coke products from around the world before leaving—and I learned in which countries I will not be drinking soda! Inka Cola? Let’s just say I’ll stick with the original.

Upon leaving, I realized that Atlanta was different than I had imagined. I was expecting a slower-paced southern city. What I found was a bustling metropolis—a city of neighborhoods. Each distinctive neighborhood united by an emphasis on arts and culture. The music, food, people, history, and public spaces earn it the moniker—Cultural Capital of the South. Aside from frequently hearing the term “y’all”, an abundance of sweet tea, and an absence of Pepsi, Atlanta seems geographically indefinable though. It would fit in just as easily in the north as it does in the south. A wonderful city, I hope to return and experience more of its hospitality and culture.

Mary Mac’s Tea Room—I ate the best fried chicken I’ve ever had at this historic restaurant. Juicy, with perfectly crispy skin, it made me swoon. I also enjoyed fried green tomatoes (with panko crumbs for extra crunchiness) and collard greens. Superb service rounded out our dining experience.

Flying Biscuit Café—One look at their biscuits online and I knew we had to visit this midtown eatery. We went at 10:30 a.m., which was perfect because there was a line when we left. I know why! The biscuit with cran-apple butter was both light and filling. It was flaky, but didn’t fall apart. I dream of it sometimes. The grits were creamy and aptly named dreamy. My buckwheat pancake with peach compote was nutty, sweet, and pretty much perfect. Our server was gracious—packaging our unsweetened iced tea (regionally hard to find) for us to take and writing down a list of his favorite art galleries for us to visit.

Meehan’s Public House—This downtown Irish pub gave a different take on comfort food. We ate there twice, since I enjoyed my bangers and mash so much that I had to stop back and try the meatloaf. I was not disappointed!

Atlanta History Center—Travel back in time to tour historic homes such as an early 20th century mansion, an early Georgia plantation house, and a wood cabin. Visitors can roam through vast gardens and learn more about Atlanta’s history at the museum. Admission includes the off-site Margaret Mitchell Home where the author wrote Gone With the Wind. Although dedicated more to the movie than the novel, it’s a fun to see the apartment she called “the dump.” http://www.atlantahistorycenter.com/

Grant Park—This vast park includes a historic district with Victorian mansions. Visitors will find Civil War history through a museum and Fort Walker. Also, one can visit pandas and other animals at Zoo Atlanta.

Piedmont Park—Olmstead Brothers (sons of the famed Central Park designer) created the park’s plan, which is located in midtown surrounded by arts facilities (Atlanta boasts over 50 visual arts facilities and more than 30 playhouses/theaters). 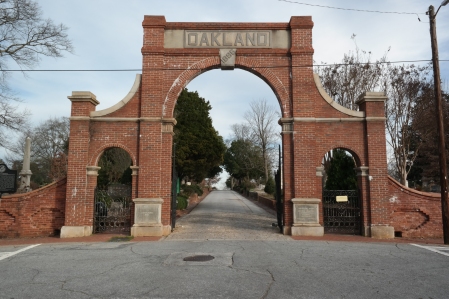