Island port towns are by nature important areas of commerce—stops along a trade route that connects vast areas and disparate peoples. The history of Willemstad, Curacao is one of maritime trade and Dutch imperialism. Today, the city’s European influence is apparent, as is its shipping traditions.

I visited Curacao as a stop on a Caribbean cruise. As a historian, the Caribbean isn’t my first choice of locations for a vacation, but the cruise was restful and I was determined to find history at every island stop. For this port, my husband and I booked an excursion that took us through the Hato Caves and on a guided tour of the historic downtown area of Willemstad.

A floating bridge on pontoons, Queen Emma’s Bridge, crossed St. Anna’s Bay and took me towards the colorful buildings of Dutch and Spanish influence that lined the shore. Behind the colorful façade of the shoreline, I would later find Willemstad’s historic district, a Venezuelan floating market, and a ritzy shopping area.

We met up with our excursion guide and an air-conditioned bus took us past fields of cacti towards the other side of the island where the caves are located. The Hato Caves are a great source of history; Amerindian Arawaks left behind cave drawings some 1500 years ago. The caves also remind us of the darker side of this area’s history—escaped slaves hid in them to avoid persecution. After all, the Caribbean was an important part of the Atlantic Slave Trade.

I hadn’t visited a cave since I was a young girl, so I wasn’t sure what to expect—especially when I heard the guide bragging about the long-nose fruit bats that could be found hanging from the ceilings. We climbed about 50 steps (yes, we had to go up into these caves) to enter the limestone formations. Once inside the beautiful jewel-tone colors of the interior delighted me. Light played off of the stalagmites and stalactites to create a rainbow of hues around us. Unlike the other cave I had toured, these were hot and humid. Leaving them, the warm air outside felt like air conditioning compared to within. By the way, my fear of running into the aforementioned bats had not been realized; a fact for which I was very grateful.

Once back in the city, our guide took us around the colorful merchant houses of the historic district to Fort Amsterdam. Stories of pirates of the Caribbean flitted through my mind as I saw a cannon hole in the fort. Constructed in 1634 by the Dutch West India Company, it was a military fort and headquarters for the trade company. Today, it is home to the governor of the island and is the seat of government. Nearby is the oldest surviving synagogue in the Americas—Mikve Israel-Emanuel Synagogue.

We proceeded over to the Venezuelan floating market. Along the waterfront, schooners filled with fruits and vegetables provide shoppers with a unique place to buy their goods. The market harkens back to the trade that made merchants on the island very rich. Treasure still comes from the sea as huge cruise ships dock daily with thousands of tourists pouring into Willemstad with dollars (or florins) to spend.

After the tour, I wandered off to explore while my husband enjoyed people-watching from an outdoor café. I strolled through the ritzy shops of the area where one can buy upscale jewelry at Tiffany, chic cosmetics at Mac, or fine cigars at a high-end tobacco shop. Coming back to where husband was enjoying an Amstel beer, I was struck by how similar the city square was to some of the great piazzas of Europe. The area was complete with entertainment as musicians strolled around and a man with a brightly colored lizard offered tourists a picture with the reptile. Soon thereafter the ship was calling its passengers back; I left having spent a pretty perfect cultural day on the island. My pictures of Curacao show what a delightful island it truly is.

Cacti all around the island 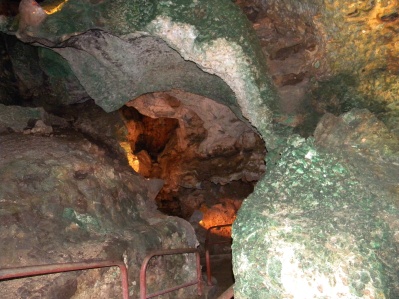 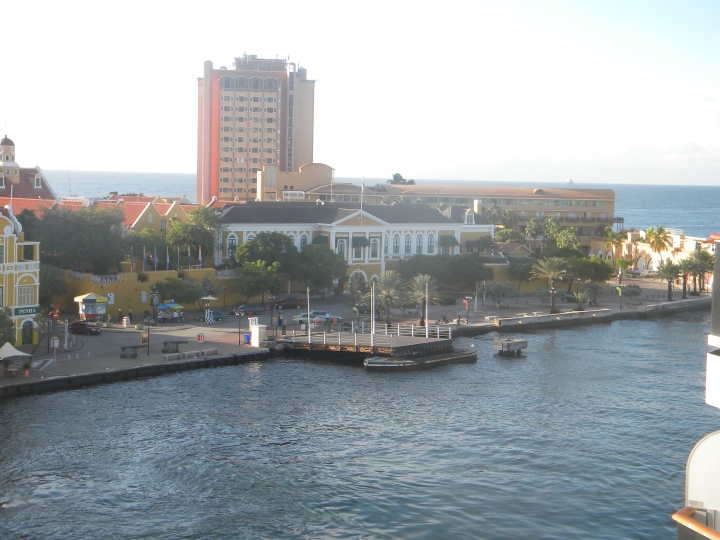 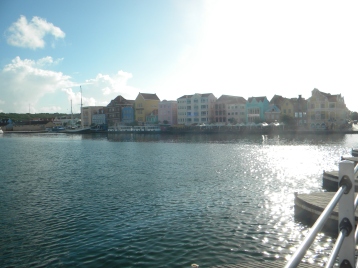 2 thoughts on “Walking Through the Cultural Sites of Willemstad, Curacao”